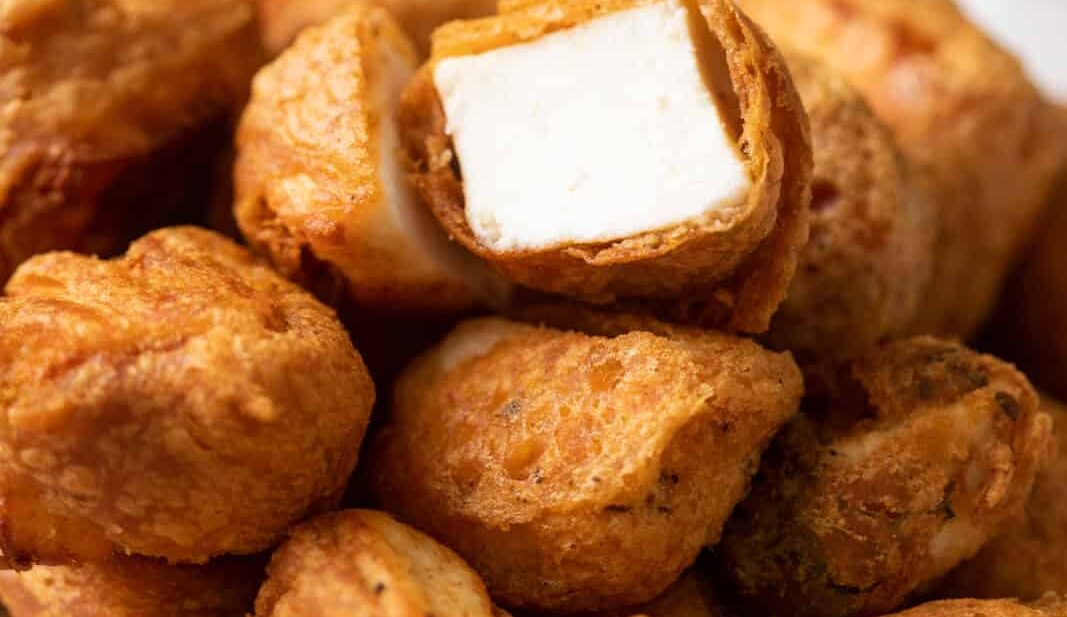 This is a foolproof recipe to make tasty paneer pakora with tips on how to make the batter so you get pakoras which are crispy-on-the-outside yet soft-on-the-inside! It’s time for a perfect evening snack!

With the monsoons in full swing and the typical Bangalore weather, who doesn’t like to watch the rain while sipping on some Chai and munching on crisp pakoras? Ahh, the simple pleasures of life 🙂

I’ve done one up on my Vegetable pakoras and made two types of Paneer Pakora / Paneer pakodas - because hello! We love paneer-everything! Here are my recipes for Masala Tossed Paneer Pakoras and Chutney Sandwich Paneer pakoras!

This recipe is similar to how you would make vegetable pakoras, but with paneer. Cut cubes of paneer, toss them in a simple masala mix (recipe given below), dunk it into the batter and fry ‘em up! This is a super simple recipe for when you want to quickly whip up an evening snack. Here’s a tip - make sure the cubes are cut approximately the same size, or else the frying time for each pakora would be different, which is a headache we don’t need.

A popular Delhi snack is to deep-fry an actual sandwich or what is called Bread Pakora. While they obviously taste good, these triangle shaped pakoras look great as well! For my paneer sandwich pakoras, I cut the paneer in triangles, slap on some green coriander chutney, and sandwich it with another triangle of paneer. They look great and you have a spicy tangy surprise in the middle!

How to Make Crispy Crunchy Pakoras

You know it, I know it, we all know it - If the batter is right, the pakoras are right. The best stuffed paneer pakora won’t taste good if the outside layer is soggy. The key to crispy pakoras lies in mixing the batter correctly. Along with besan, I add a bit of rice flour in the batter. It brings the crispy factor to this equation. You know what else helps? A teeny tiny pinch of baking soda (depending on the quantity of batter). While I don’t like to use baking soda in savoury recipes, a tiny amount in the batter keeps it crisp and fluffy.

Make sure the batter is not too watery or too thick - both can produce bleh-tasting pakoras (measurements in the recipe below). And don’t forget to check for seasoning! I add some simple ingredients like chilli powder and asafoetida (and salt, of course) for perfectly seasoned pakoras.

So there you have it, Paneer Pakoras done two ways!

When I have some time during the weekends, I make paneer at home. It’s tender and fresh and I prefer it anyday to store-bought paneer.

Here’s the recipe for Homemade Paneer or Cottage Cheese.

Here are some accompaniments to go with the crispy Paneer Pakoras: 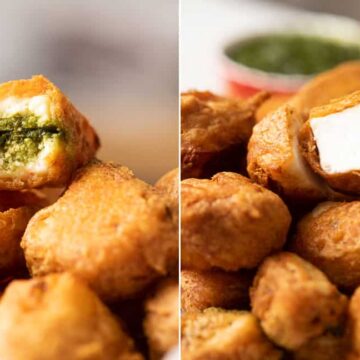