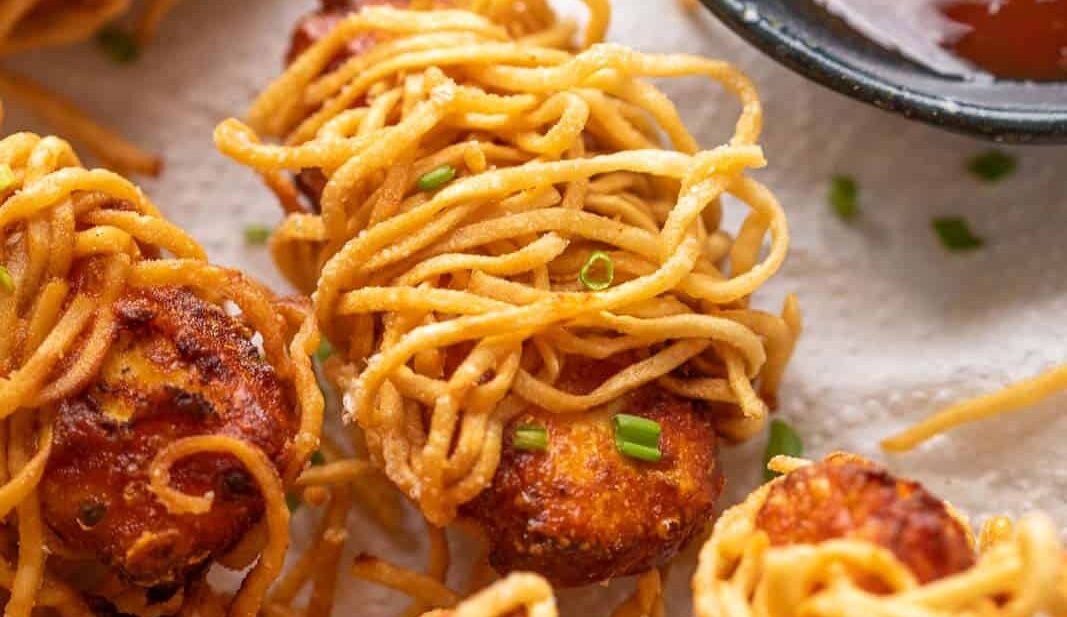 Crispy Thread Paneer is a popular appetizer that's a must try when you are ordering or eating Indo Chinese. Paneer pieces are marinated in a spicy mixture, wrapped in cooked noodles and then deep fried till crispy. Looks complicated, but so easy to make.

We love deep fried and crispy around here. There's always room for some appetizers and snacks that produce a loud crunch when you bite into them. Like the veg cutlets and samosas I shared last week. You can hear the crunch from a mile away! Exactly what this recipe for thread paneer has in common with them.

When we were testing this, nobody in the office had even heard of this. I guess its a Bombay thing. But then Bombay has given us several gems. This is definitely one of them!

How to make Thread Paneer + Ingredients

Thread Paneer is incredibly easy to make. You need good quality paneer (if it's old paneer or too tough, the appetizer isn't going to taste very good overall), some noodles and a few simple ingredients for the marinade.

This is a really fun appetizer to serve at a party or to make for kids. These look amazing and taste even better - there is no one who can resist biting into crunchy noodles wrapped around soft paneer. 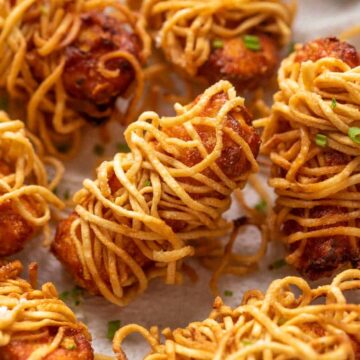