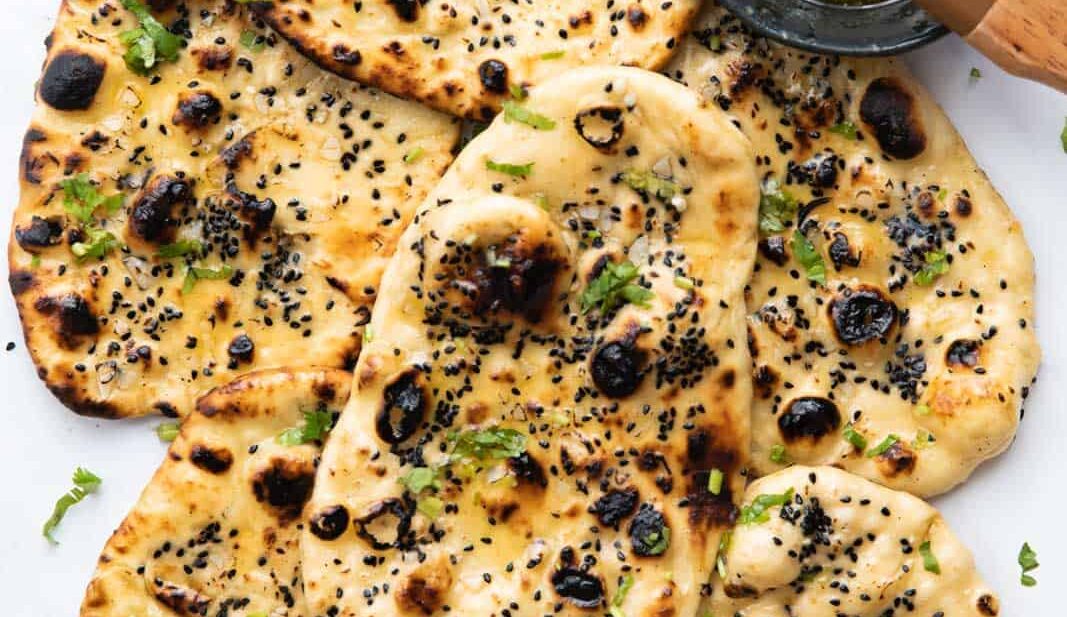 This No Yeast Naan recipe doesn't require any yeast or eggs and takes only 30 minutes from start to finish. It also doesn't need an oven or a tandoor and can be made on the stove in a skillet. This is the answer to all your impulsive cravings!

When the hankering for naan strikes, which is often, this is the recipe I turn to! This is how my grandma would make naan at home and then my mom and now me. The only difference is - my grandma would cook them on an open fire, which gave them that beautiful char and crispy edges that everyone would fight over.

Naans were originally made in tandoors, which is an Indian clay oven. I've tested and retested this recipe to mimic that same look and flavour but without one.

Yes, this can be easily done on a home gas stove or electric cooktop.

Try this No Yeast Naan today

I call this my MAGIC DOUGH because it is so versatile. You can use it for naans, a super fast no yeast pizza, bhaturas (Indian fried breads) and even kulchas.

Yes, it's the same dough and you can use it FOUR different ways.

The resting time is important here for ingredients like yogurt and baking soda to do their magic. You only need to rest this for about 25-30 minutes. It might take slightly longer if you live in a place with a colder climate. You can go up to two hours if you like. Or refrigerate it for a couple of hours.

A lot of people may be intimidated by rolling out naans. Like I say with every Indian bread - rotis or naans, don't get hung up on the shape, especially if you are making these for the first time. Just go with the flow, roll it out and cook. You'll forget what shape they were when you taste these.

You can use this recipe to make a variety of naan flavour and use different toppings. Here are some ideas:

This No Yeast Naan is an absolute winner in my book, and definitely tops my list of favourite Indian recipes. I hope it becomes one of your favourites too.

Pair this Instant Naan with

Watch How to make No Yeast Naan Video Recipe

This recipe was originally published on September 16, 2015 and has been updated with new images, a video and an improved recipe 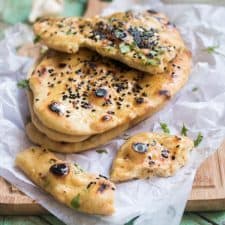 Instant No Yeast Naan in 30 minutes