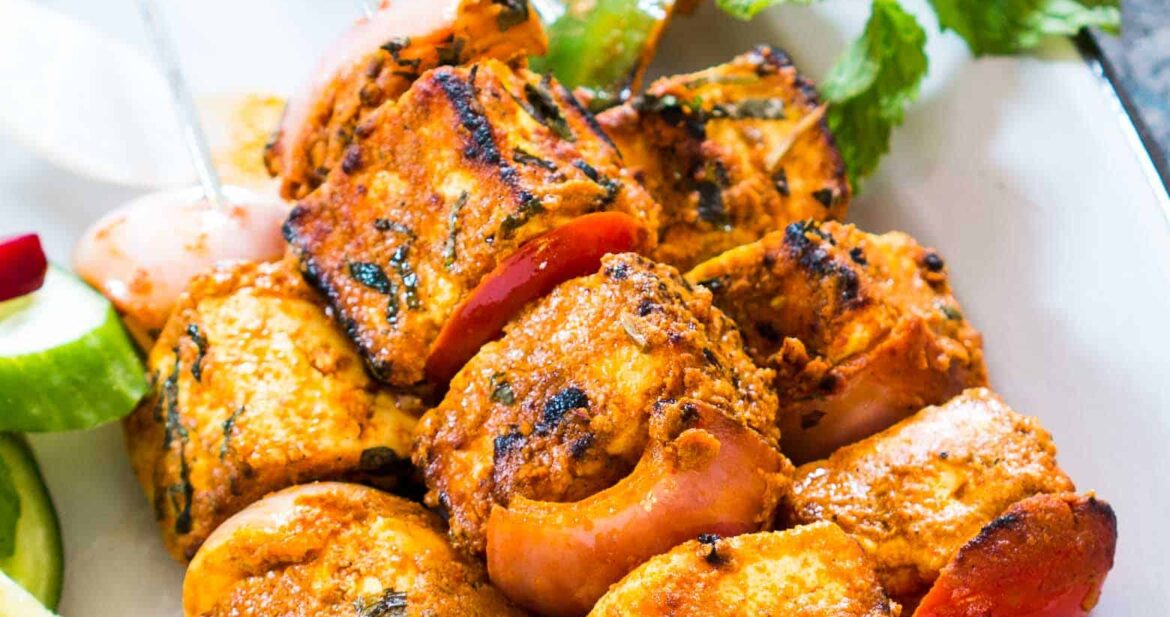 This is the best Tandoori Paneer Tikka in the oven you'll ever make at home! Same restaurant style taste, but grilled in a home oven.

Making tandoori paneer tikka in the oven at home is serious business guys. And I've made sure this recipe is fool proof before I decided to share it here. Because you guys deserve only the best and nothing else!

Honestly, I was a little nervous because tandoori paneer tikka has quite the God like status in our house. We are picky about our tikkas and we don't like to mess around. They have to be light, the paneer has to be soft, each piece of tikka has to be flavored just right and marinated well and there should be char to lend that smokiness we love so much.

But obviously I don't have a full fledged tandoor at home, so I decided to try out hacks. One hack after another and I think I've finally settled on this one. Which IMHO makes the best tandoori paneer tikka in the oven. It's really as easy as this:

How to make Tandoori Paneer Tikka in the Oven at home?

Step 3: Place a cooling rack on a baking sheet so that its slightly raised. Place the paneer tikka skewers on the baking sheet like this ???? You can check out these skewers

if you don't already have one.

We are talking about a fiery red marinade for this paneer tikka but without any added color because we are against food coloring mostly. You don't need those chemicals unless you are making a red velvet lava cake (coming up!). But you do need Kashmiri Red Chilli Powder which has all the color but no heat.

Doesn't this look simple enough? But I want to make this super fool proof so that this becomes a no fail tandoori paneer tikka in the oven. Here are some potential questions you may need answers to:

What is paneer (cheese) made of? How do I make it at home?

Paneer is literally a two ingredient cheese. You just need some full fat milk and a souring agent like lemon juice or vinegar to curdle it. I have an easy peasy, step by step tutorial to make paneer at home.

What is Tandoori Paneer Tikka?

Just in case you aren't familiar with our favorite appetizer, tandoori paneer tikka is marinated skewers of paneer which are grilled in a super hot tandoor (or traditional clay oven). It's spicy, juicy, light and slightly smoky. Its like a vegetarian alternative to tandoori chicken, fish or prawn tikka if you've tried those.

Can I make Paneer Tikka in a microwave?

I'm sure you can but I've never tried it. I love the slow roasting that an oven gives, and the char on the paneer that a microwave will not be able to achieve. But both Sanjeev Kapoor and Tarla Dalal have recipes for a microwave paneer tikka that you can try.

What do you think of this new question-answer format? It just makes me feel like I'm really talking to you guys. Because every time I check out a food blog, I always have a few potential questions about a recipe and sometimes I can get them answered and sometimes not. And I don't like not knowing everything. Tell me what you think!

BTW this is super approved by Denver. I've made this a couple of times and the last time we had this for dinner, he actually insisted I put it on the blog. That's as big a thumbs up as any in my book.

This recipe was first published on Feb 15, 2017 and updated on 12 Nov, 2020 with a new step by step video and minor changes to the recipe 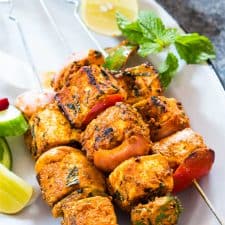 Tandoori Paneer Tikka in the Oven

For the Paneer Tikka

Quick Tutorial on How to Make Paneer at Home