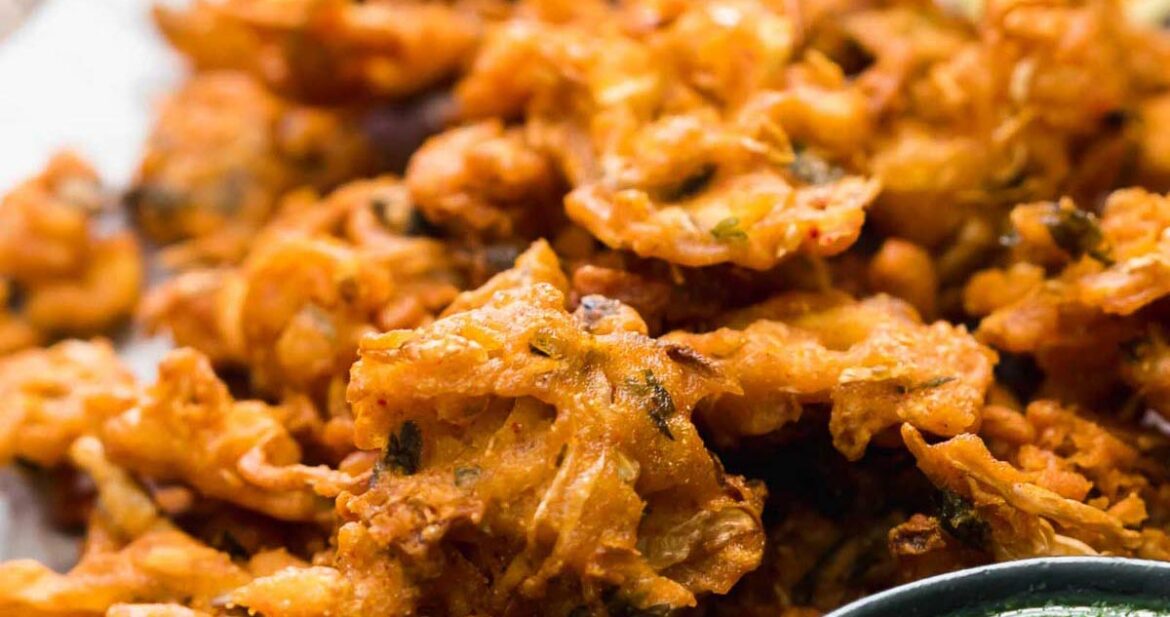 It is the season for vegetable pakoras, spicy green chutney and masala chai. And I'm bringing you a recipe that has been tailored specifically for maximum crunch factor. These have a secret ingredient that makes every bite super crunchy and extra crispy.

Do you remember the extra tasty green chutney I shared with you last week? A green chutney is never complete till its prepared with vegetable pakoras!

Like the chutney, these are not your regular pakoras either. They have ingredients that you won't see normally in pakoras - like cabbage and rice flour. No, don't turn up your nose at these till you have tasted them. Because these pakoras are incredibly crispy and extra crunchy. And that cabbage works like magic to make them that! I come from a family that probably has pakoras for Sunday breakfast every second week so trust me when I say that we are experts. Which is why these were experimented with over and over again till they were certified 'extra crunchy'.

Some of might call them bhajiyas or bhajjis which is another name for fritters where everything is chopped up and mixed together. I don't think the name matters as much, because they are all variations of the same thing. Whatever you like to call them, I bet you are going to be blown away by these.

The day we made these, we also made the best jalebis in the world and I'm going to share that recipe with you next week - so stay tuned!

You need to know a few things about making pakoras.

We use gram flour and rice flour to make this pakora batter. The combination of these gluten free flours adds lightness and crispness to these fritters. They don't soak up as much oil, and they have their own flavors which makes bhajjis even better!

My top tips for making super crisp vegetables pakoras are: 1. chop vegetables into small pieces and if you are slicing them, then slice them thinly 2. don't add too much water to your batter because as the vegetables sit in the batter, they'll leave some water too 3. always fry pakoras on medium flame to allow vegetables like potatoes to cook well, and the outside to get crisp.

We've made these pakoras by using a combination of chopped and shredded vegetables, but if you like you can use the same batter to make single vegetable pakoras too - like aloo pakora (with potatoes), onion pakoras, bread pakoras (for bread pakoras, make the batter a thinner consistency), tomato pakoras (these leave a lot of water while frying so be careful of the splatter), cauliflower pakoras etc. There is really no limit! 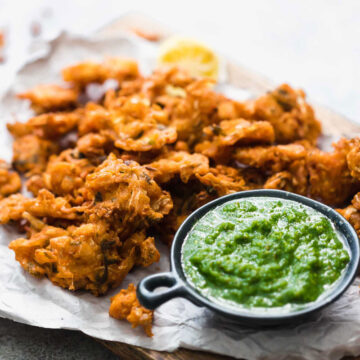