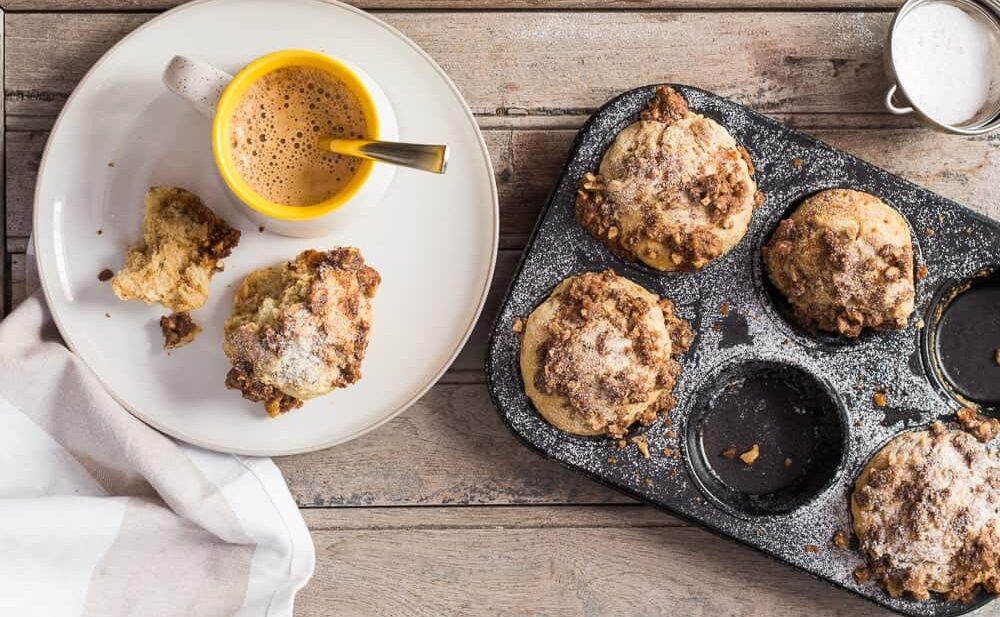 When your cinnamon roll cravings strike and you don't have a Cinnabon to drive down to, this recipe will save the day! Try these Cinnamon Roll Muffins with Crunchy Streusel Top that turn out to be giant sized and are ready under 40 minutes!

What can I say about these Cinnamon Roll Muffins except that I've made them 3 days in a row, had them devoured by everyone including a bunch of bloggers (so totally legit) and that they have the most crunchy streusel top, that you'll be picking crumbs off long after the muffins are gone.

In reality these are cinnamon muffins but every time I bite into one, I'm reminded of the cinnamon rolls at Cinnabon which are so melt in your mouth. This is how I see it - it's your best go-to option when you want Cinnamon rolls like NOW but don't have a Cinnabon to drive to. Because you can now have cinnamon roll like muffins in under 40 minutes. Yes please.

They have everything you love about cinnamon rolls in general but with some extras. Like the crumb which is soft and moist. And all that crunchy streusel topping which just gives you another ten million reasons to eat these. We were (literally) scrambling for crumbs long after we finished the muffins. Imagine how good these must be when a bunch of adults stand around an empty basket, filled only with streusel crumbs for an extra ten minutes because we can't bear to waste even a teeny tiny bit?

Also, let me warn you that these muffins turn out to be giant sized, like the ones you get at Starbucks. But the more the better right? Just makes it easier to eat more without actually reaching for one more helping. I've got you guys covered.

It took me 3 tries to make sure you have the best cinnamon roll muffins and the best ever crunchy streusel top in the world. Because you, my lovely readers, deserve it. And there's nothing wrong with the smell of cinnamon filling your kitchen and your house, and making it smell like a cinnabon store. It's why being a food blogger is so perfect.

Now if this made you crave Cinnamon Roll Muffins, give me a holler on Twitter or Instagram and tell me all about it. 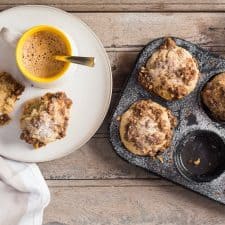 For the Filling and Crunchy Streusel Top: