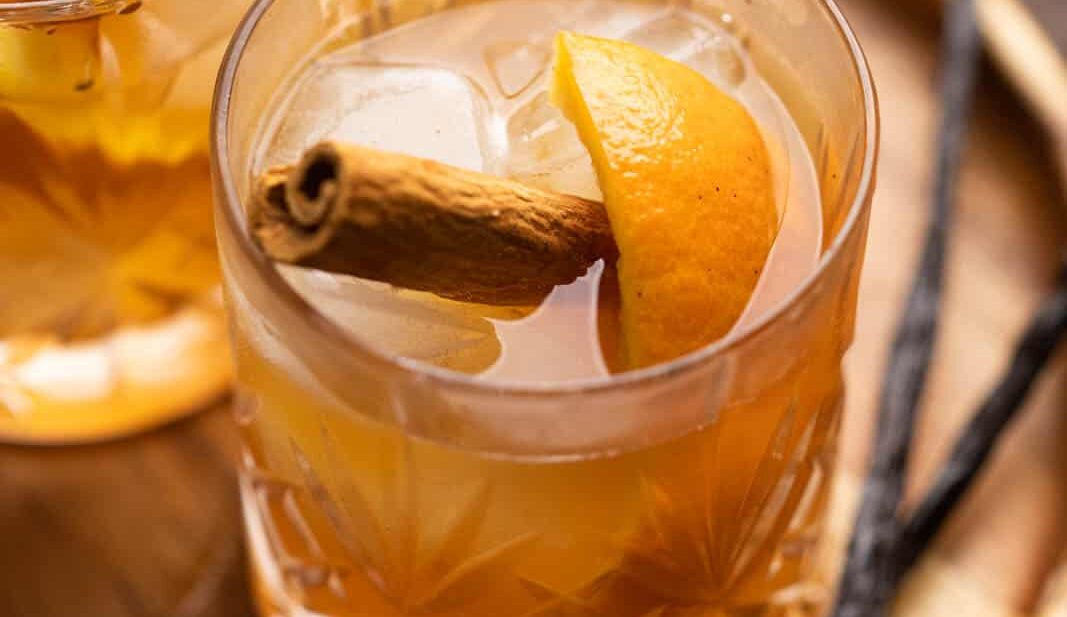 One of the simplest whiskey cocktails there is - vanilla cinnamon old fashioned will quickly become your favourite! Check our pro tips to make the best Vanilla Old Fashioned!

We’ve been mixing and experimenting with cocktails this week, and guess what? We created the perfect winter cocktail! It’s our take on one of the most classic cocktails, the Old Fashioned. We’ve elevated this classic with a lovely twist that’s perfect for the cold winters. We love our whiskey so trust us when we say this cocktail is amaze!!

I always wondered why the cocktail was named Old Fashioned. So I did a bit of googling. Apparently, cocktails were just about gaining popularity in the 1860s. While some people loved to experiment with flavours, others would crave the simple stuff they drank before cocktails became a thing. So they'd say "Hey, can I have it the old-fashioned way?" Old habits die hard?

The Old Fashioned is equally loved by whiskey enthusiasts and cocktail lovers alike. It's a beautiful and elegant drink, with complex flavours, yet it's so simple to make! The perfect blend of sweet, bitters and a light spice works almost poetically with the Bourbon whiskey.

The Whiskey in Old Fashioned

Any whiskey lover will tell you that the Old Fashioned is made with Bourbon Whiskey. Bourbon is a type of American whiskey that's made with corn. It's sweeter and has vanilla, oak and caramel notes to it. We've used Bourbon in this recipe. If you can't get your hands on bourbon, use rye whiskey instead.

We've added vanilla extract and cinnamon in this old fashioned. The vanilla is not overpowering and goes well with the whiskey. Cinnamon gives that sweet and spicy hit to the drink. We fell in love with this combo the first time we made it! Alternatively, you could also boil vanilla pods and a cinnamon stick along with the simple syrup and strain them out. That way, the vanilla and cinnamon flavours will get infused into the drink!

Oak, smoky, caramel, sweet spice from cinnamon, citrusy, rich and smooth, a drink that's got macho written all over it!

Because of its smoky flavours, the old fashioned goes really well with meat roasts and barbecues. 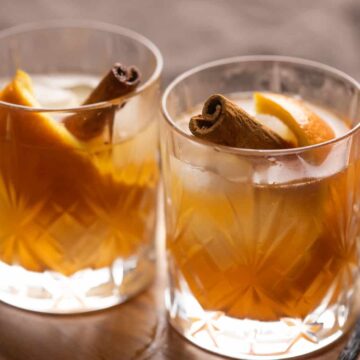