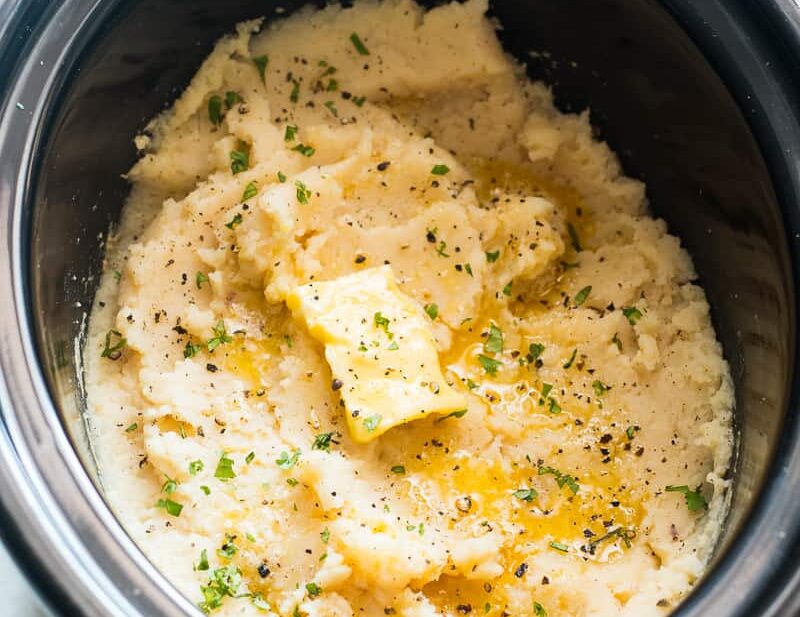 Better mashed potatoes!? As if that’s even possible. What if I tell you that it is! I know, I know, I’m a little irritating like that but when it comes to mashed potatoes I don’t joke around people. 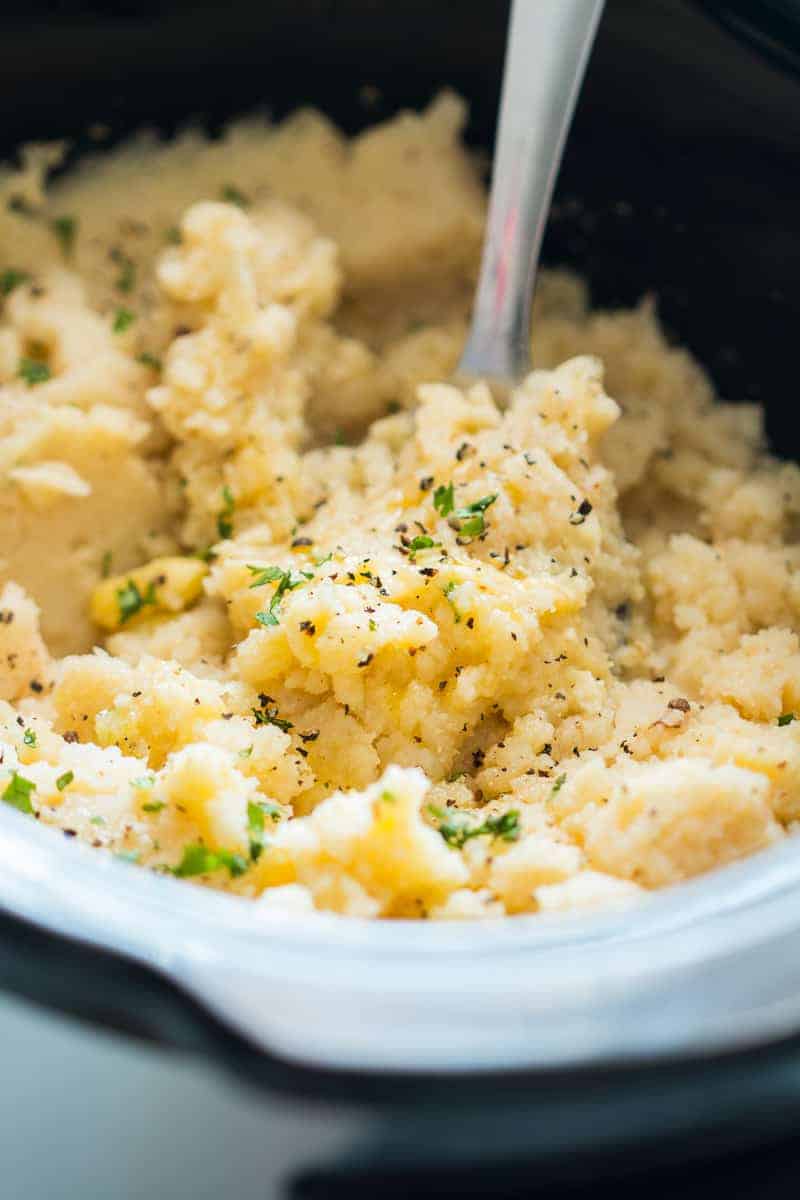 Clearly, I’m a slow cooker fan and convert, seeing as how this is the third slow cooker recipe on the blog in the last month and I already have one more coming your way. But it has become my favorite kitchen gadget recently and I can’t help but share some love with you. It makes things so easy when you have a hundred and one things to do (which never get done BTW) coz you are busy watching The Crown on Netflix all day ????No judging in this perfect mashed potato world please.

We’ve been testing the best slow cooker mashed potatoes for a few weeks now, and I know it’s too close to Thanksgiving to share but I’m hoping you can still include it in your last minute menu. Or Christmas then? It doesn’t matter, it can be for tomorrow’s dinner because these slow cooker mashed potatoes are seriously the best and so low maintenance. 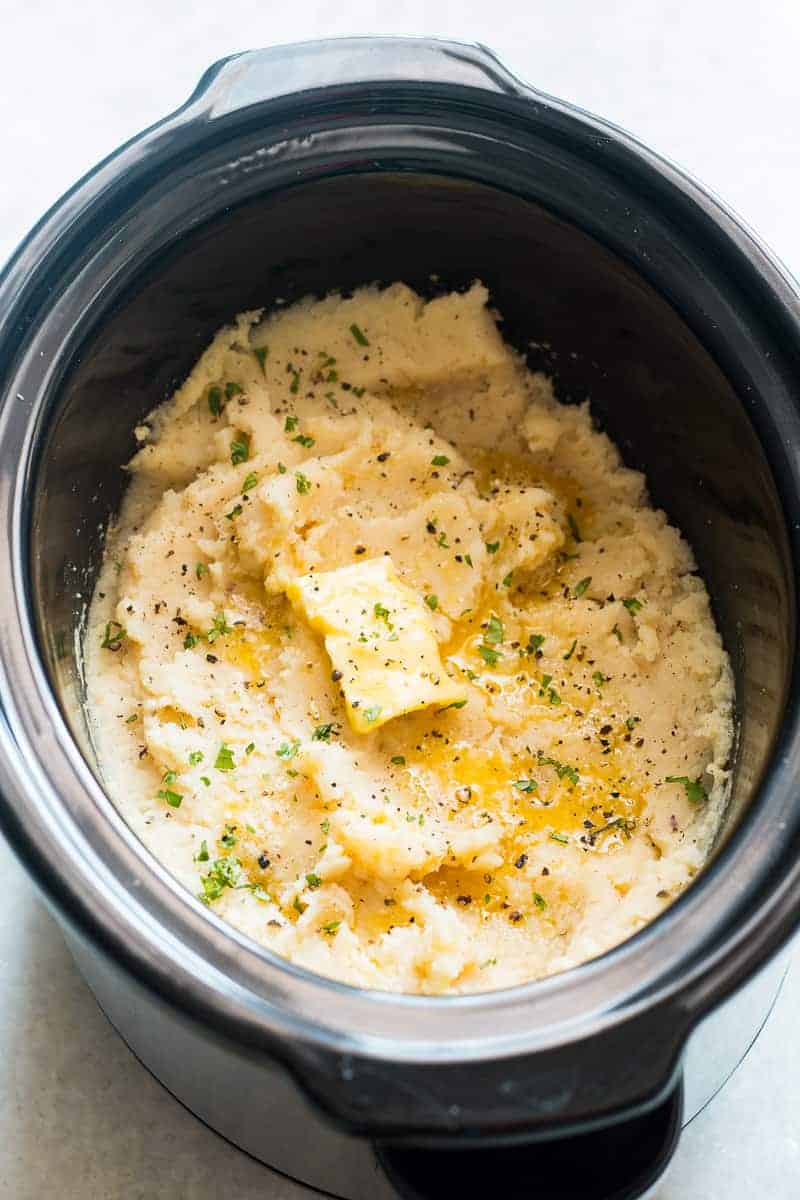 I also have some real fun add ins for you that are going to take these already best slow cooker mashed potatoes to the next level. We are talking broccoli and cheddar, rosemary and lemon (my personal favorite), brown butter and garlic & BACON. YUM! 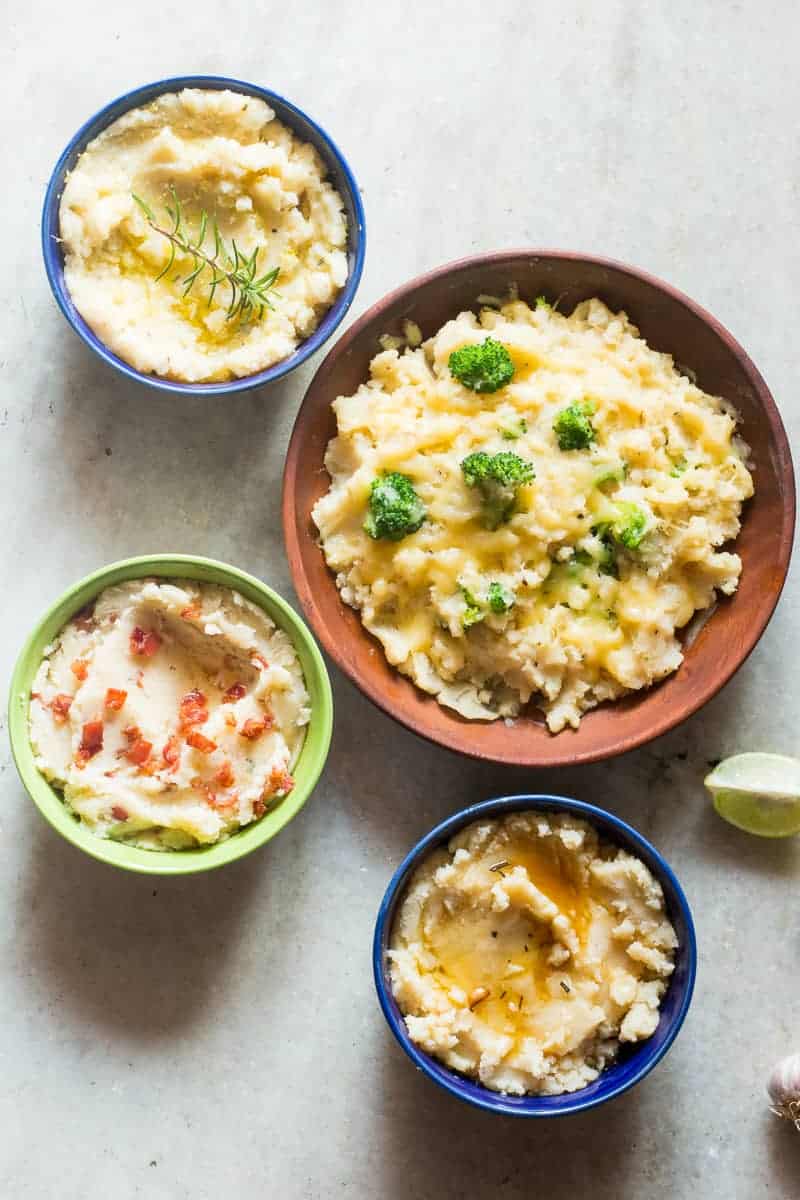 Also, here are your four simple add in ideas. The ingredients for the add ins are based on this batch of mashed potatoes, but if you are using them for a smaller quantity, you can easily halve them. 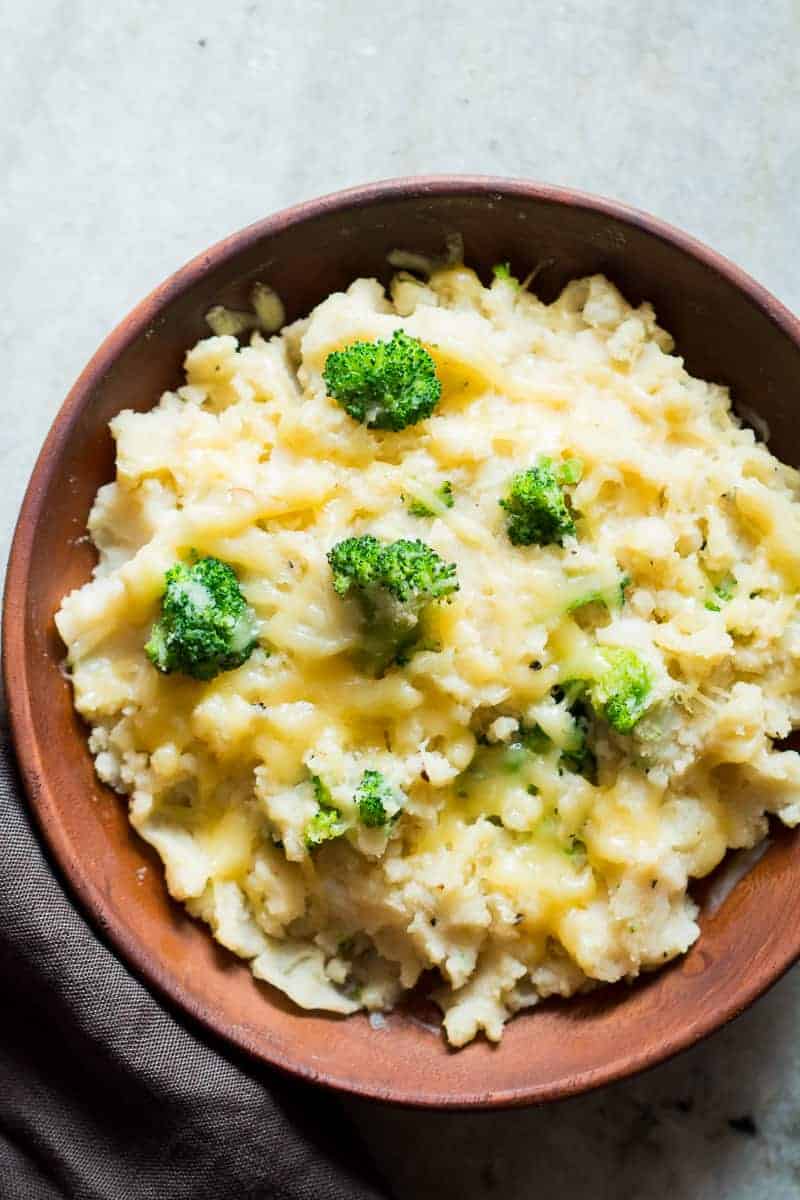 In a saucepan, add 1/4 cup butter. As you heat the butter it will start bubbling up. Reduce the flame and keep heating till the butter starts turning a golden brown and has a nutty fragrance to it. Switch off the flame when the sputtering has slowed down and the better is a deep golden brown. Add half a spoon of minced garlic to the butter and let it steep for a minute or two. Pour this over the mashed potatoes and mix slightly. 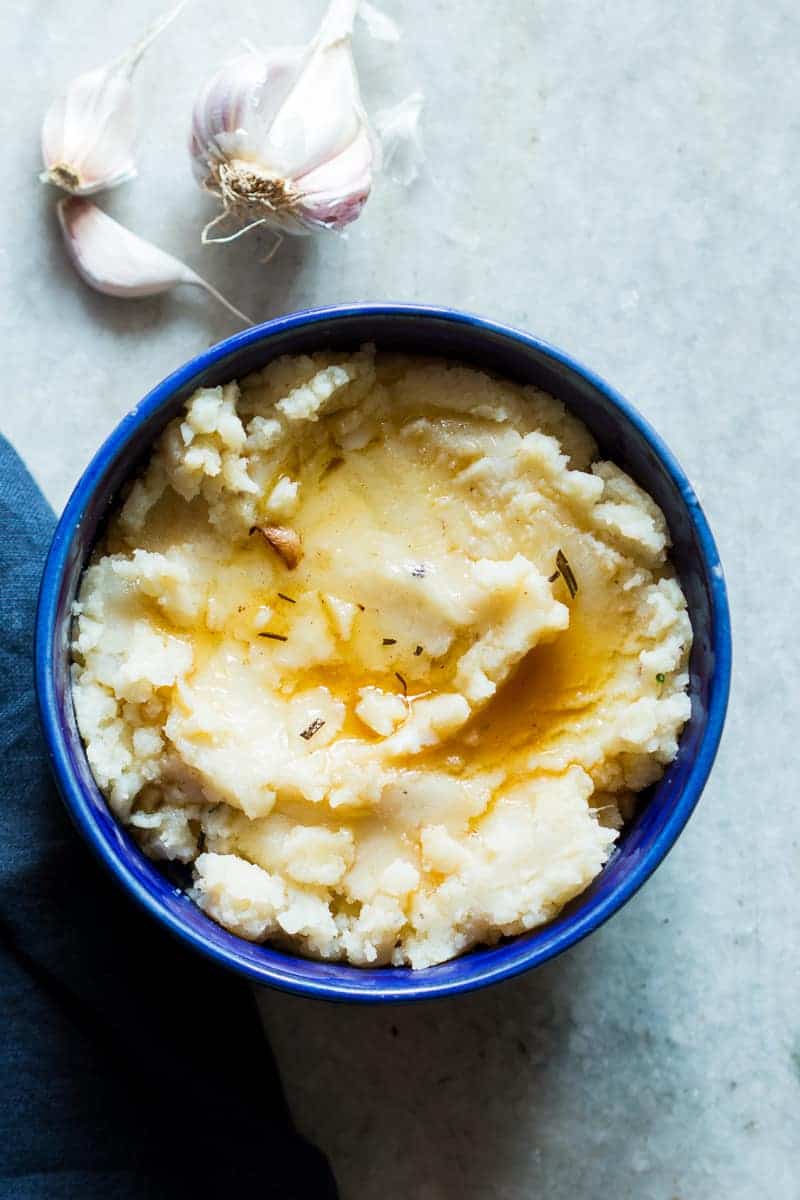 While the potatoes are cooking, mix in 1 teaspoon chopped rosemary to it. Once you’ve mashed the potatoes, stir in the zest of two lemons for rosemary and lemon slow cooker mashed potatoes. 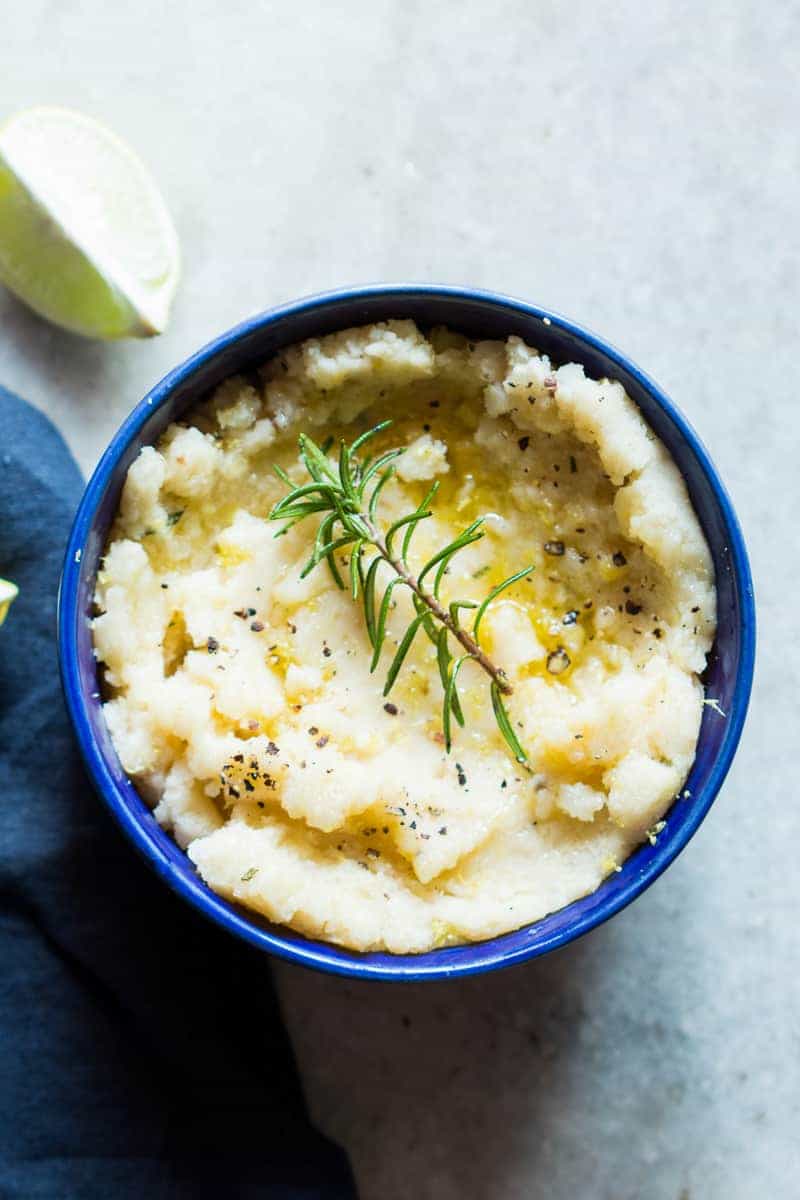 Dice six to eight strips of bacon and cook till crisp. Remove with a slotted spoon and add to the mashed potatoes for bacon slow cooker mashed potatoes. 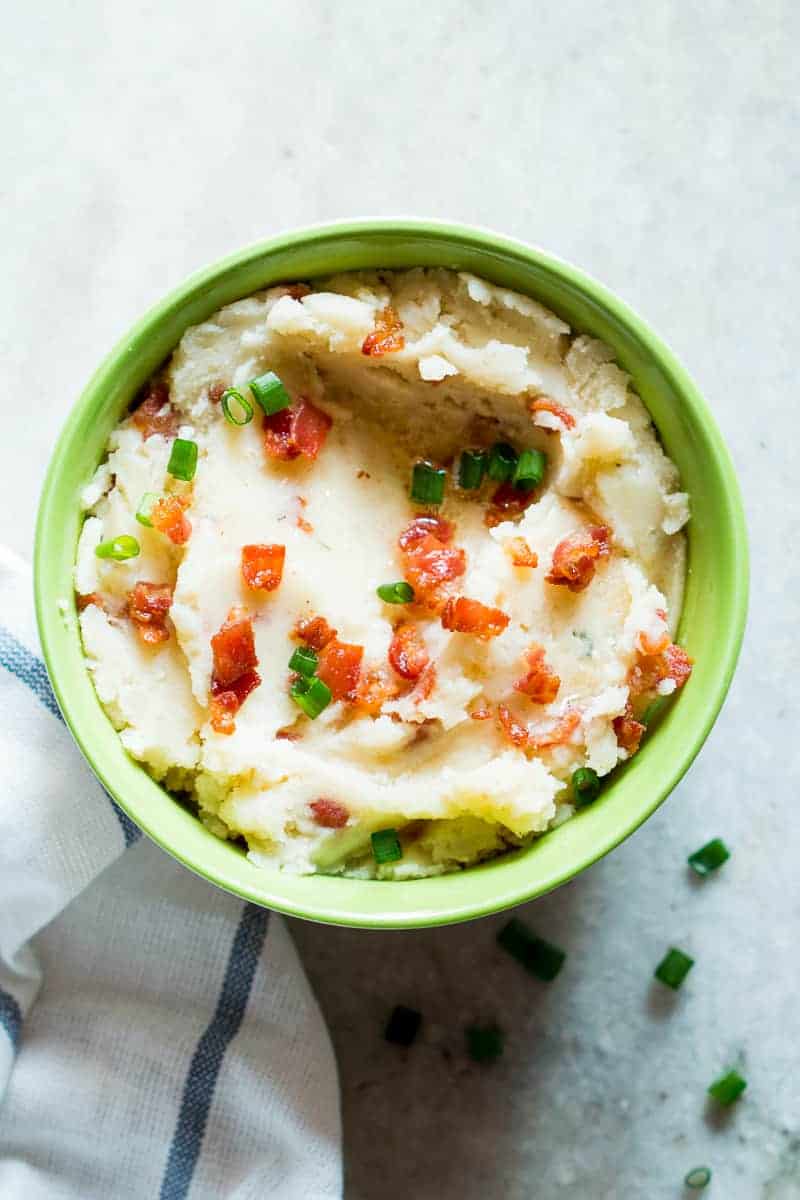 How to make the best slow cooker mashed potatoes + 4 add ins (broccoli and cheddar, bacon, brown butter and garlic and rosemary and lemon) for thanksgiving and christmas sides.