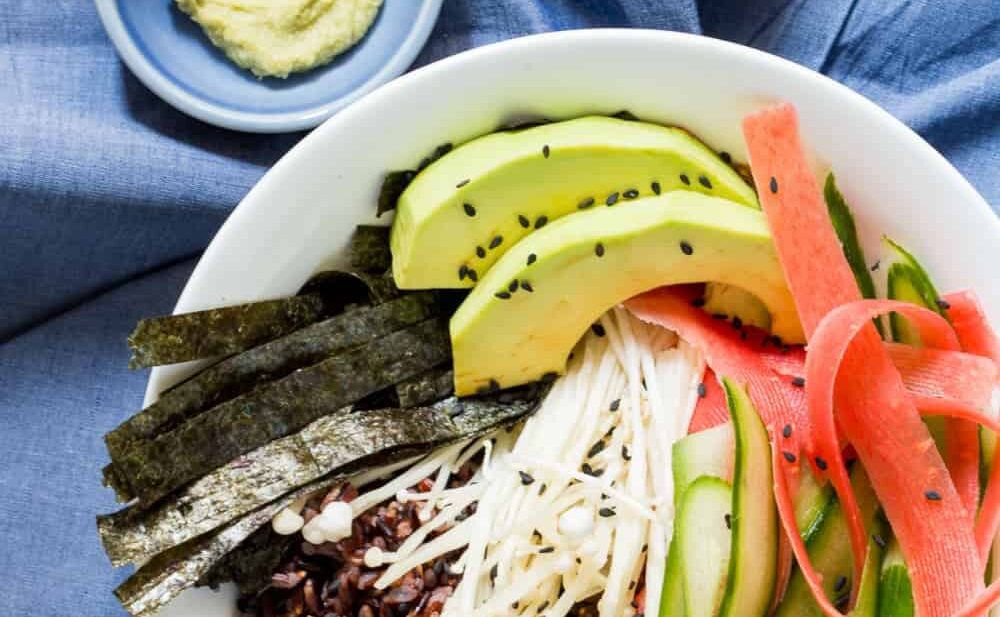 If you’re craving sushi but aren’t equipped to make it at home, here’s a Vegetarian Sushi Bowl With Teriyaki Dressing to gratify your sushi cravings! It also shouts out – “Why should non-vegetarians have all the fun!?” The ingredients are really fresh and bring about the umami in the bowl! 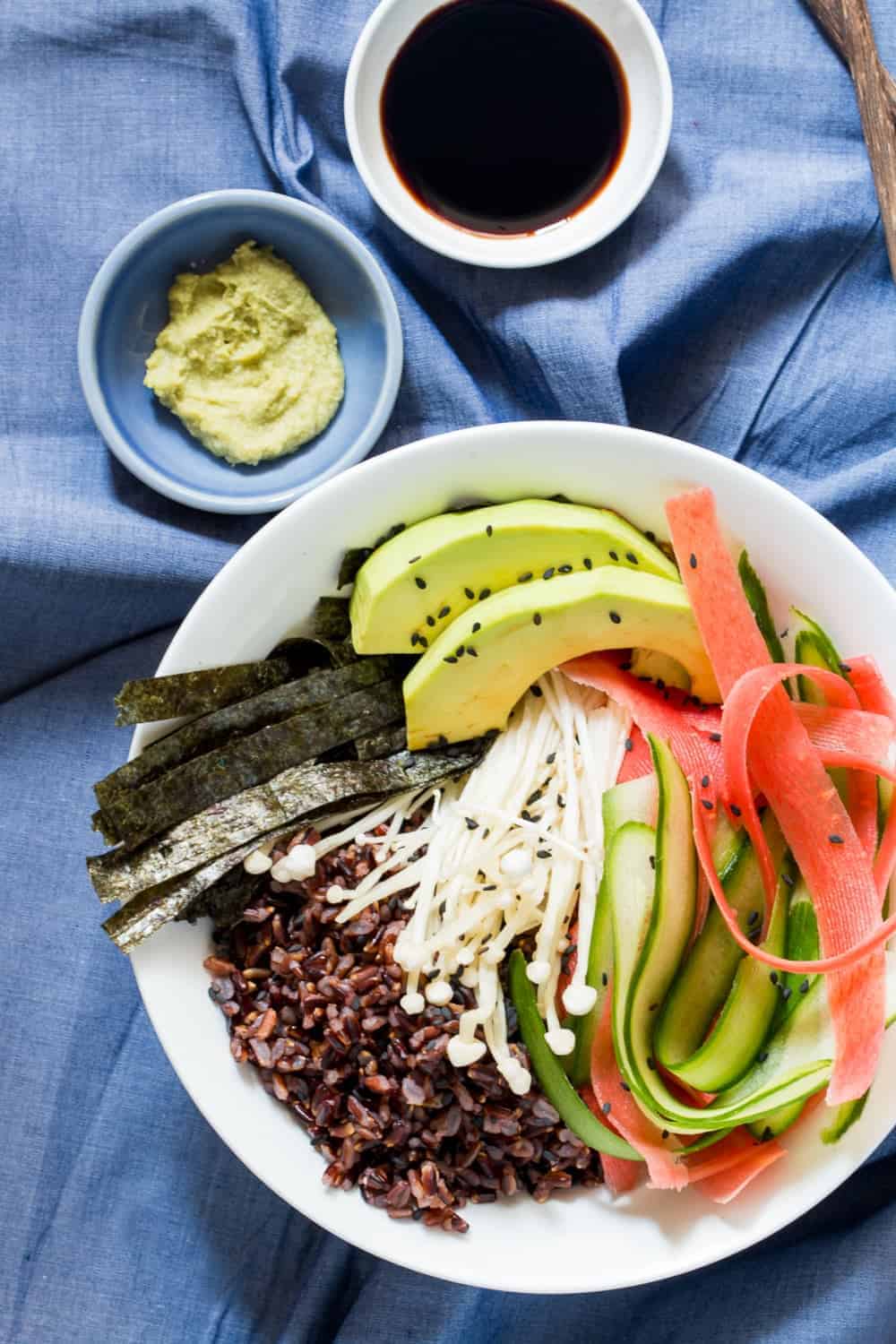 This post is less about this vegetarian sushi bowl with teriyaki dressing and more about the fantastic International Sushi Training Workshop, hosted by The Indian Federation of Culinary Associations ( IFCA ) in association with JETRO, at ITC Gardenia, Bangalore, I attended a week ago. Imagine sitting amongst some of the biggest chefs in the country and learning the art of sushi making from the sushi master himself. I was naturally awestruck and starry eyed through most of it.

It’s not every day that I get a chance to watch and learn from someone who has probably been in the industry for as long as I’ve been on the planet. Nimble fingers, sharp wit and a sense of humour are what Chef Masayoshi Kazato demonstrated apart from a deep knowledge and expertise in seafood, Japanese cuisine and sushi making. I was at the receiving end of his quirky humour when he invited me onstage to demonstrate his razor sharp knife skills by slicing a cucumber on my arm. I couldn’t decide whether I was starry eyed, or petrified. Mostly both.

While I haven’t mastered the art of making sushi, I did come back from the workshop armed with truckloads of information and that’s what I’m going to share with you today. Here are my top ten tips if you ever attempt to make sushi:

The truth is, after finishing the workshop, I promptly went and bought all the ingredients and a sushi mat. MAJOR FAIL. Rolling sushi require skill, patience and crafty hands. Something I don’t seem to have! But the craving for sushi didn’t go away which is why this gorgeous sushi bowl, which work perfectly fine!

In fact I loved scooping forkfuls of the sushi salad and shoving them in my mouth; something I do with sushi as well. It’s everything that good sushi is all about, but without the work. That’s me – always lazy!

If you love sushi, and are trying this out, tag your photos @my_foodstory or use #myfoodstories and share some sushi love with me on Instagram.

Thank you Ambica for graciously lending me some of your pictures when my SD Card got corrupted. Ambica attended the workshop with me and you must visit her blog to see more pictures!

Use the recipe as a guide and experiment with your own ingredients and flavors. You can add cooked shrimp or chicken for a non vegetarian option

Enoki mushrooms can be eaten raw, but be sure to cut the stems off and clean them properly before use