This Instant Pot chicken potato corn chowder with bacon is a delicious thick, creamy, hearty soup that's perfect comfort food for winter. Its a one pot meal, made easily in an electric pressure cooker or on the stovetop and takes about 30 minutes from start to finish.

I know I'm going a little over the top with another Instant Pot recipe coming immediately after my Chipotle Chili that I shared a few days ago, but I can't stop myself. I love the concept of an electric pressure cooker and how it takes the guesswork out of cooking, and is making my cold, winter life so much easier.

Because really I'd rather be snuggling under a comforter than standing in the kitchen in the cold.

Let's just say I'm happy I have a big batch of this instant pot chicken potato corn chowder in the fridge right now that I will only have to heat up for lunch today. With a little more bacon on top. Its giving me all the happy feels right now.

I have always always made corn chowder on the stovetop and it can take a while to simmer so that there is enough flavor from the corn, and the potatoes and chicken are cooked. But just making this in an electric pressure cooker gave me an extra half hour to myself.

I was afraid the result may not be the same. What if its not as creamy? Or its not flavorful? But surprise, surprise! This tastes exactly like the corn chowder I've made before, and the potatoes are cooked perfectly.

Also, I didn't know the difference between soup and chowder till very recently and I thought I'd just share my new found knowledge.

Whats the difference between chowder and soup?

Chowder is basically a thick, chunky variety of soup. Most popular chowders are made with seafood, but you can really add anything to them. They usually have a creamy base but in some parts of the world, they are also made with tomatoes.

When I made this Instant Pot chicken potato corn chowder, I actually didn't offer any to Denver because he's always said no to corn in soup. So I ate some and the rest went into the refrigerator for lunch the next day. But he's the one who edits all the videos we make, and guys, there were questions. So many of them. About why he wasn't given any and how I keep all the good stuff to myself. So tonight, the man got home from work, and he was served - you're right - this Instant Pot chicken potato corn chowder with extra bacon on top and all was well again.

Pin this to your Soup Board 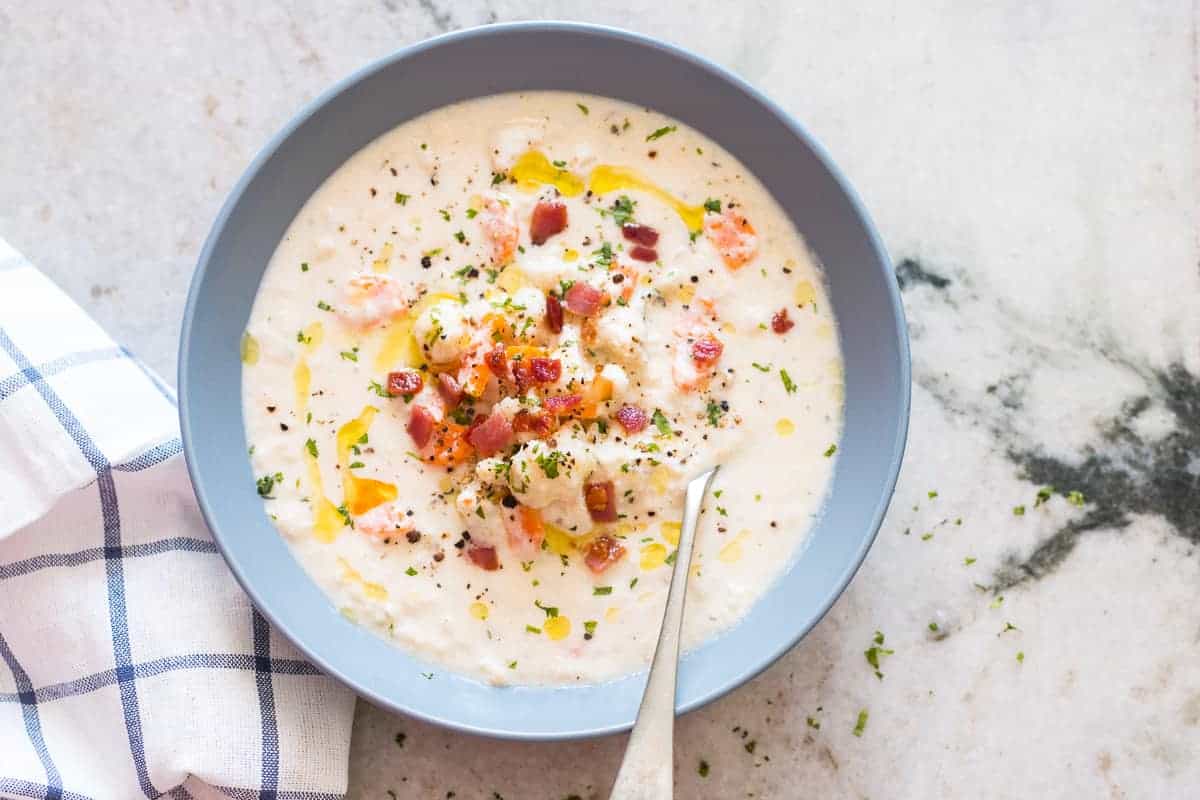