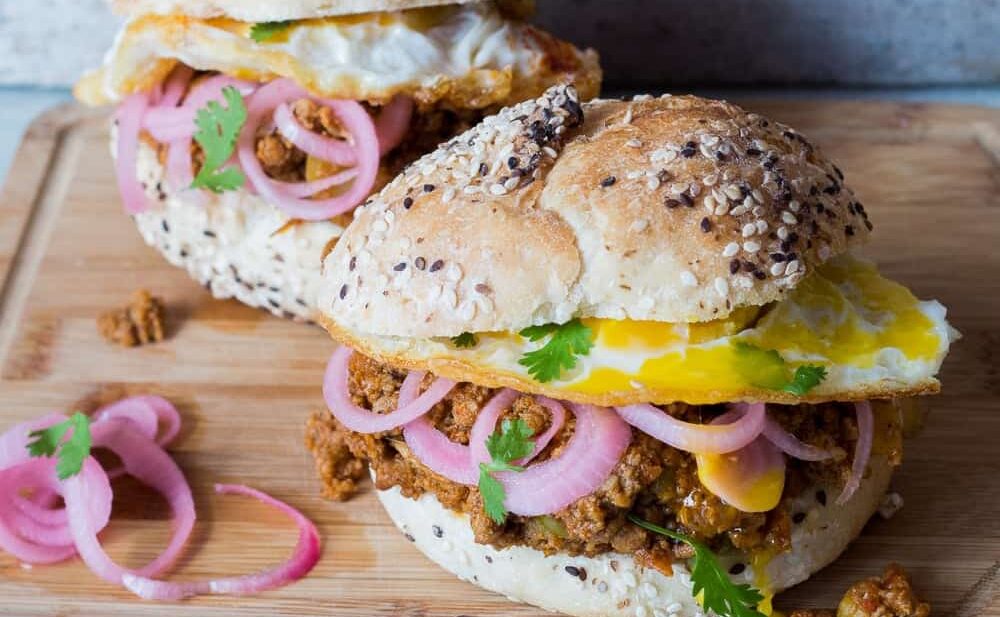 This Keema Pav Burger/Indian Lamb Sloppy Joes is inspired by Mumbai's Keema Pav and is made with a twist! It rests somewhere between being an Indian delicacy and a burger, has so much to offer to your taste buds and can be easily made at home! 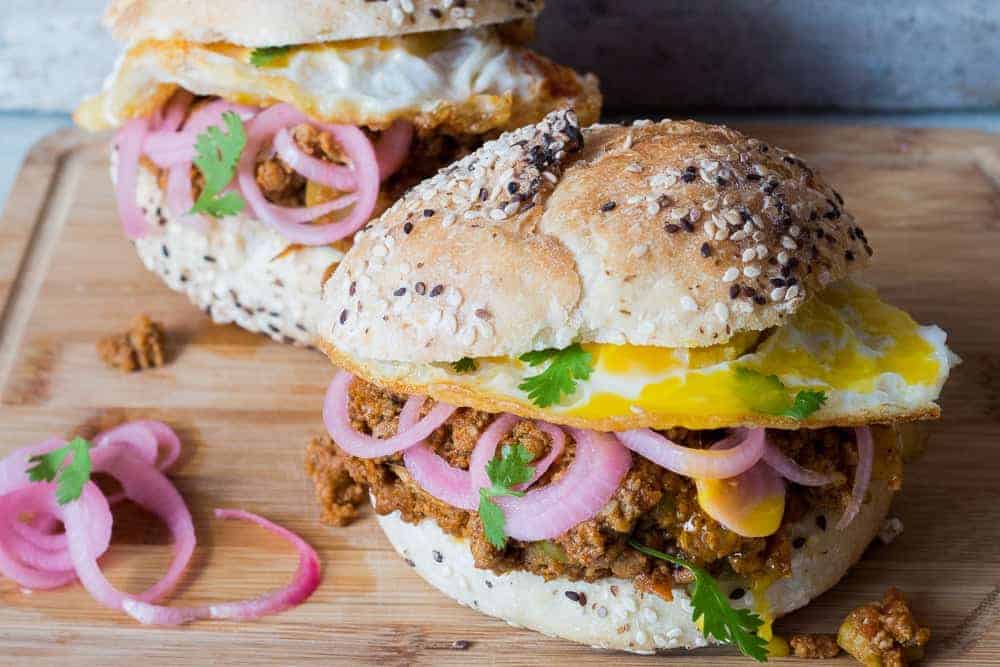 Okay seriously, move over Sloppy Joes because these bad boys are the real deal. If you've ever lived in Bombay, and have tried Keema Pav at one of the Irani restaurants, you'd get why Keema Pav has the iconic status that it does. Spicy lamb mince slow cooked with spices and stuffed between buttery buns is irresistible especially on rainy evenings with a mug of beer.

I gave these a little facelift and call them Keema Pav Burgers. Okay, just between you and me, I couldn't really decide whether this should be pav or burger because I made these with slider buns but they are definitely keema pavs in reality, pretending to be burgers.

There is nothing more satisfying than biting into thick burger buns filled to overflowing with spicy potatoes and peas keema and topped with pickled sliced onions and a crispy fried egg for me. It's that creamy yolk that seals the deal. Because fried egg like bacon, makes everything better. And I know you are a fan too!

I got these delicious sesame slider buns from my recent trip to Pondicherry along with some freshly made Goat Cheese (recipe coming up soon!) and a variety of flavored honey. Travel trips which also end up becoming scavenger hunts are my favorite kinds, and I think Denver's resigned to the fact that our holiday shopping is limited to hunting for food ingredients.

Now you may ask me why you should go through the effort of making Keema just to stuff it between two buns. I don't have an answer. I would. I do and I did. But if you aren't as enthusiastic about bread and keema and everything else in between that makes these keema pav burgers so amazing, then we can't be friends anymore.

I have a quick recipe for keema which works for these burgers, but if you have the time, try this one out instead, which truly makes some epic keema.

If you are a spicy keema pav lover or an Irani Cafe lover, follow me on Pinterest and find new inspiration for weeknight dinners every day! I'd also love to hang out with you on Instagram so look me up there. 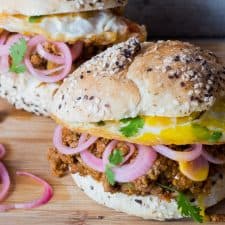 For the Burger/ Pav